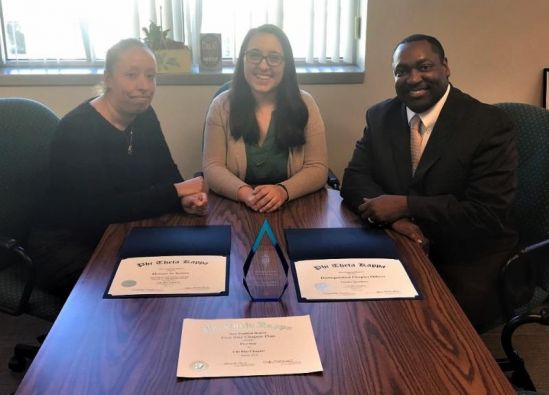 The Chi Rho Chapter was recently named a Five Star Chapter, the highest level that can be achieved by any PTK chapter. The Chapter also won 2nd place in the region for work completed on their Honors in Action Project for the theme "Systems of Life." Additionally, Chapter President Caroline Steadham won Most Distinguished Chapter Officer (New England).

HCC Students Joanne Carbonell and Caroline Steadham were named to the All-Connecticut Academic Team, which recognizes scholarly achievements and leadership accomplishments of students enrolled at two-year institutions. Steadham was also named as a New Century Transfer Pathway Scholar, having received the highest score in the state for her application to the All-USA Academic Team. Well done!