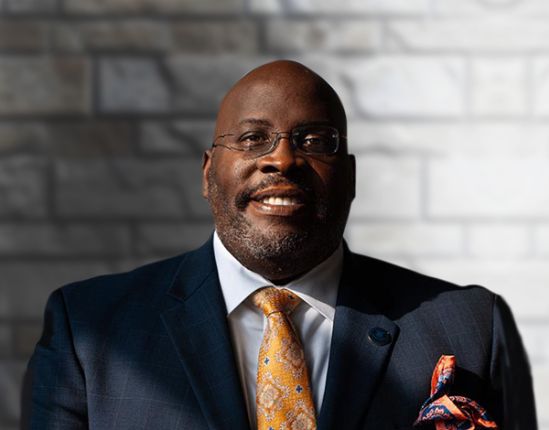 The Connecticut Chapter of the National Association for the Advancement of Colored People (NAACP) named Dwayne Smith, Ph.D., Chief Executive Officer of Housatonic Community College (HCC) among the 100 Most Influential Blacks in the State of Connecticut in an October 23rd awards ceremony at Foxwoods Casino.

Dr. Smith is celebrated as one of the state’s “renowned influencers and trailblazers who often go unrecognized for their exceptional work in the community.”   Since his appointment as CEO of Housatonic Community College in 2020, Dr. Smith’s focus on equity and student success has resulted in several initiatives designed to help students from under-represented communities to persist and achieve successful outcomes. In the spring of 2020, The Equity Project was founded in partnership with the HCC Foundation and seeded with a substantial donation from Dr. Smith himself.   “Having come from humble beginnings and abject poverty, I know, firsthand, how valuable it is when someone believes in you so much that they will invest in your future,” said Dr. Smith. “I believe in our HCC scholars, and in their ability to break through the barriers that have prevented them from realizing their academic goals. This is important work, and I will be the first to support it and then ask others to do the same. Dr. Smith also started the HCC Cares initiative that encourages faculty, staff, and students to donate their time in the community. Practically every weekend you can find members of the HCC community handing out groceries at a local food bank, helping at a vaccine or testing clinic or participating in a charitable walk to end disease.

“I am honored to be named among the NAACP’s roster of Most Influential Blacks in Connecticut and align my own work with their mission to eradicate inequity for people of color,” said Dr. Smith. “My greatest satisfaction, however, is knowing that we are making a difference one scholar at a time.”

Caption For Photo Above: Housatonic Community College CEO, Dwayne Smith, Named Among the NAACPs 100 Most Influential Blacks in Connecticut