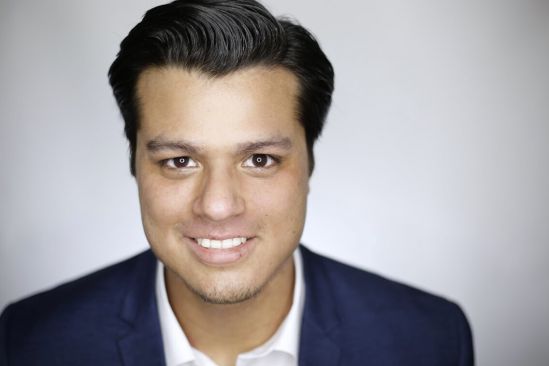 Juan Ayala may be known for his upcoming role playing an FBI agent on the NBC series Blindspot, but to HCC, he’s known as the guy who does it all.

“I grew up acting, singing, writing and eventually got really into food and fitness,” Ayala said. “So my podcast gets into all that.”

Ayala’s podcast Talking Heads, features human interest stories that focus on new topics each episode from fashion to mental health. Episodes have also featured HCC students sharing their stories. It’s a new venture for Ayala and something he works on in-between filming and working on different sets.

“I actually worked as an extra on Blindspot for months before I was cast as a co-star.” Ayala said. “The whole process has been very rewarding, but also beneficial because I’ve been able to finish my degree at HCC and have the time for my other interests and hobbies.”

Ayala, who officially graduates this May, says the Theater program at HCC gave him the tools and training to succeed –from building sets, marketing and performing.

“(HCC Professor) Geoff Sheehan has actually been a big influence on my career.” Ayala said. “One of the things he taught us early on that has always stuck with me is the importance of taking risks. That’s really what acting is.”