A conversation with Bernard Pasierb, Instructor of Business Administration 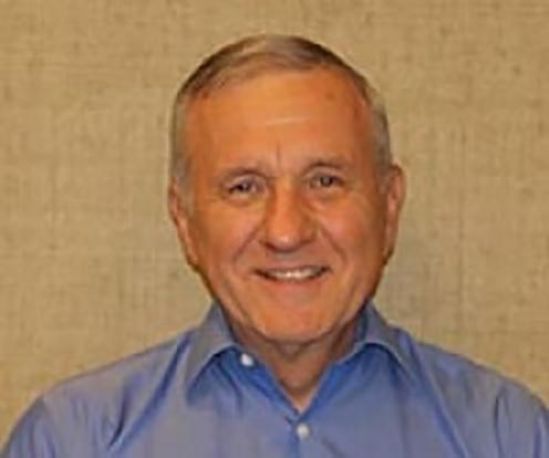 A conversation with Bernard Pasierb
Instructor of Business Administration

Originally from the heart of Chicago, Professor ‘Bernie’ Pasierb’s life was rapidly transformed after high school graduation when he was accepted to the US Military Academy at West Point at the height of the Vietnam War. Upon graduation in 1972 with a BS in Electrical Engineering, the war was ending and he served his five-year military commitment as an Army Officer with nuclear missile and telecommunications assignments in the U.S. and West Germany. While in Germany he earned his MBA in Management from the University of Utah during nearly 3 years of night and weekend classes.

“It’s an important experience in teaching at Housatonic; getting my graduate education in the evening and weekends really helps me to easily relate to the challenges many of our students at Housatonic face in earning their degrees. We were married, living in a small and strange German community with two little children, a full-time military job and going to night classes – there are many sacrifices the entire family must make to be able to do that,” said Bernie. He especially remembers the 8-hour round-trip weekend commutes to classes in southern Germany from his home – “I often wondered if this would ever pay off.”

It did pay off. Upon leaving the service, Bernie became a senior management consultant for Price Waterhouse in New York City leading him to settle in Connecticut in 1983. It was his work during this early consulting career where doors opened to many diverse clients including the Metropolitan Opera in New York.

He traveled extensively and developed a special expertise in the credit card banking industry mainly because of one client. He spent the next 35 years in a varied and extensive business career. He was a senior executive and consultant at several large companies, banks, and small businesses later becoming a serial entrepreneur and helping start several successful financial technology companies. He has also volunteered and worked in organizations to help small businesses such as SCORE and the Connecticut SBDC.

In 2007, at the request of his friend through business, Professor Ed Becker, Bernie enjoyed his first introduction to teaching as a substitute professor at Housatonic. From there he took on a role as an adjunct professor, teaching mostly on weekends, which is what the Business Department needed at that time and worked well with his ongoing consulting career.

“I really enjoyed interacting with the HCC students. I taught only a few business courses at first, but I was able to bring a lot of relevant experience from the outside world directly into the classroom,” said Bernie.

Now a fulltime professor at Housatonic for six years, Bernie teaches our students a wide variety of business courses, including Introduction to Business, Management, Finance, and Global Business.

“Teaching is something that just blossomed for me. It’s my third career but also draws from my business consulting skills and desire to give back and help others. The best part is the ability to connect my knowledge and experiences with HCC students’ desire for success and career opportunities. I have to keep searching for the new paths that they should be following for the careers of the future – not simply those from the past. Academically it’s important to give them the instruction, but a lot of it is also providing a sense of direction and providing the life tools that lead to success and happiness,” said Bernie.

Bernie sees a lot of his students needing that direction and encouragement, and views his role as academic and life-coaching. He makes it a point to get to know the names of each of his 100+ students each semester, including their backgrounds and interests. Online courses have created new challenges but he is glad to have significantly improved his remote teaching skills because HCC students still really want to connect with their instructor. “I’m absolutely thrilled when a student in a former online class comes up and introduces themselves on campus because they recognize my voice or face from being online.’

“I try to present a portfolio of opportunities and try to clear the confusion that many of them have. They may not be getting that kind of direction at home, and many have a very limited sense of the world and the opportunities available. I try to open that up for them,” he said. “I tell them to use Housatonic as a way to meet and network with other students who they may see again in their future. Be open and receptive.”

It is clear that Bernie has a passion for teaching.

“I’ve honestly enjoyed every class that I’ve taught at HCC. I try to be enthusiastic, because I like the energy, it’s catchy. I try to be a good solid source of motivation for people, especially during these difficult times, and when I get out of the classroom or end my online sessions, I’m pretty tired,” he said with a laugh.

Bernie works with HCC’s Veteran’s group and has served on the Curriculum Committee, and the Student Success Committee. Most recently, he is a director for HCC’s new Werth Center for Innovation and Entrepreneurship. Outside of HCC, he most enjoys spending time playing racquet sports, rowing, reading about history and science and spending time with his wife Peggy, their three married children and six grandchildren. His family all lives nearby in Connecticut with several grandchildren now beginning their own college journeys.