By
in Featured
(0 votes) 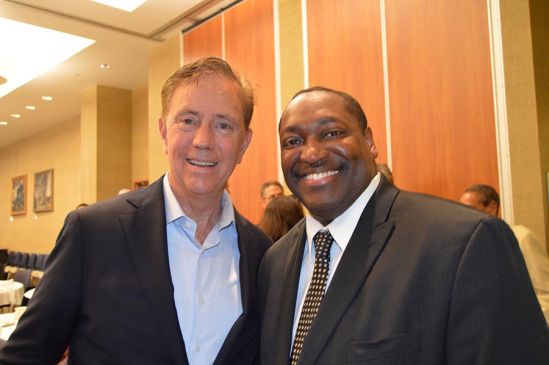 Dr. Broadie is President of Gateway Community College (GCC) in New Haven and Housatonic Community College (HCC) in Bridgeport. In announcing the honor, the WorkPlace praised President Broadie for “his leadership and dedication to improving lives and the quality of education in Connecticut.”

The WorkPlace conducts comprehensive planning and coordinates regional workforce development policy and programs to prepare people for careers while strengthening the workforce for employers. As a national leader in the field, The WorkPlace regularly shares ideas and best practices with lawmakers, foundations, think tanks, and other workforce development organizations around the country.

Each year, outstanding students, graduates, employers, volunteers, and professionals from programs that The WorkPlace administers across southwestern Connecticut are acknowledged for their accomplishments. The intent of the awards ceremony is to recognize personal achievements and people whose life accomplishments may go unrecognized. Awardees include individuals who have graduated from WorkPlace programs and now serve as positive role models, employers and businesses that support efforts to promote diversity and lifelong learning, volunteers who dedicate themselves to workforce development programming, and professionals who help to motivate and empower clients.

Dr. Broadie, among the first in the state selected to preside over two colleges, has been president of both GCC and HCC for two years. He was appointed president of HCC in 2015 and, in 2017, he was appointed by the Connecticut Board of Regents for Higher Education to oversee GCC. His work addresses the educational, workforce development and personal enrichment needs of the region, putting the needs of the student at the center of the institutional mission. He collaborates closely with faculty, regional employers, and industry leaders, accomplishing a multitude of successful initiatives that increased enrollment and expanded programs, opportunities and support for the institutions and students he serves. In addition, he works closely with area universities to forge pathways for continued study.